Here are some badass characters I like(d).  Batman would be on here if not for that damn cape.  His cape killed everything.

Rafael From the Ninja Turtles.  This movie specifically.

The characters above this sentence all had some type of discipline.  It’s like they talked shit but they put in the work to back it up.  The ones below are just…dark.

Sher Khan from the Jungle Book

The Joker from Batman 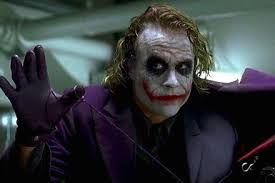 A downside of dark, cold, and distant cool characters : This Is Badass

[…] wrote here about the characters I thought were badass, and I realize they are all cold, dark characters with […]

Some Thoughts on Badass - This Is Badass